Members will remember the problems we had last year with flooding at Wilwell. By this time last year (June 2013) the water had been gone 2-3 months but the lower meadow was around 60% bare ground and virtually nothing flowering – a sad sight. This year things are much better and the vegetation cover is nearly 100% and a reasonable spread of flowers. However it will be no surprise that after such a major trauma there are winners and losers.

Grass cover is down from circa 60% to about 40% and it is noticeable that coarser grasses like False Oat and Cocksfoot are virtually absent, the dominant grass is Yorkshire Fog. But a big winner this year is Meadow Vetchling which is rampant across the central area and Ox Eye Daisy has done well, as indeed Red as Asike Clover. I also feel that Self Heal and Lessor Stichwort are more widespread as is Adders Tongue Fern. Great Burnet also continues to do well (having ignored the flooding in the first place).

On the negative side Ladies Bedstraw has suffered I feel, as has the Southern Marsh Orchid. But both Bugle and Twayblade Orchid are absent and Green Wing Orchid numbers have been devastated (only two flowering plants found on the lower meadow), with Meadow Saxifrage there were also few flowering plants, but the quadrat survey suggests there maybe more plants in a vegetative state in the sward so that is hopeful.

A nice surprise was finding Grass Vetchling, a new records for the site. The only known location for this is Collington Common (by Rushcliffe Arena, West Bridgford) where it was  introduced in green hay used to create the new wildflower meadow. So it seems to have made the jump to Wilwell and it remains to be seen if it is capable of establishing itself permanently.

It was noticeable that on a hot June day there was little insect/butterfly activity and I suspect that recovery will be one step behind the recovery of the flora.

Overall I feel the meadow is recovering well, but I suspect it will be several years before it settles down. One thing we will be doing is introducing light grazing much earlier in the year (late June) in order to try and knock back the hawthorn scrub and coarser grasses that are in particular threatening to dominate the southern of the meadow and are a serious concern. 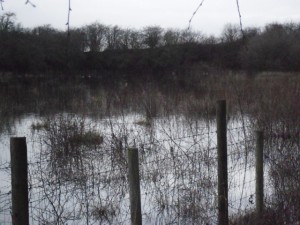 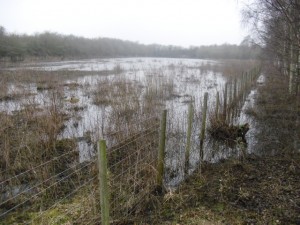 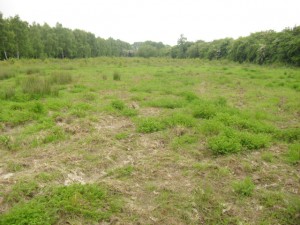